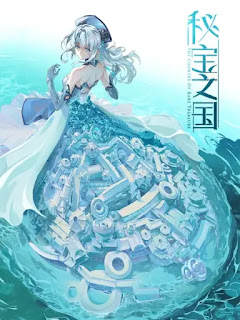 Release date : April 16
Cover of the donghua Mibao zhi guo ( The country of rare treasure )
Synopsis: The multiverse known as the Data World stores everything that corresponds to the real world, and the data from the artefacts that carry human civilisation eventually awakens to self-awareness. The Restorers lead the Secret Spirits to fight the all-consuming Oblivion Virus while investigating their own origins. 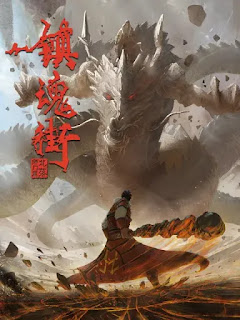 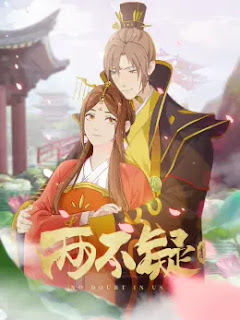 Release date : 21 April
Cover of the donghua Liang bu yi ( No doubt in us )
Synopsis : The emperor and the empress have to accept the reality that they have exchanged their bodies by accident. In the process of interpreting each other's identity, they have resolved their misunderstandings and have learned to love and trust each other. They are married and they love each other 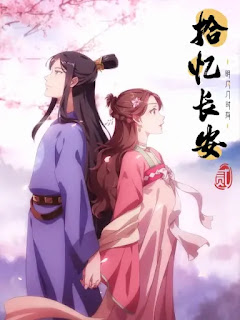 Release date : April 15th
Cover of the second season of the donghua Shi yi chang an ming yue ji shi you
Synopsis: Princess Ming Yue and Li Qiang, the Emperor's ninth prince, are forced to marry in order to maintain peace in their kingdoms. As the princess finally seems to be getting used to her new life in Chang An, they have plots looming against her and the royal family. 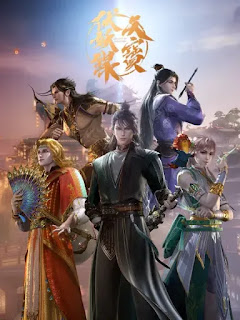 Release date : April 25th
Cover of the second season of the donghua Tianbao Fuyao Lu
Synopsis: In the twelfth year of Tian Bao, the resurrection of the Heavenly Demon is approaching. Demon King Xie Jie intends to use the Heavenly Demon to dominate the demon race and overthrow the earth, turning it into a land of demons. The Human Exorcism Division gathers young talents to return to Chang'an and prepare for the appearance of the Heavenly Demon four years later. On the frontier, the people of the Exorcist Division meet again and go on to discover a riot of ghouls killed in the war. Behind all this seems to be a connection to the legendary White Stag - where exactly is he? 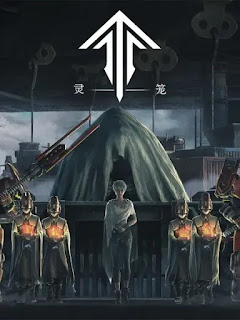 Release date : May 1st
Cover of the film donghua Ling long incarnation
( Spirit Cage Incarnation )
Sypnosis - Spirit Cage: Incarnation (Donghua):  In the not too distant future, the human world has long been overpopulated. Humanity marched to the stars in search of a new home, and just as this was happening, the alignment of the moon caused massive earthquakes that spread across the world and lasted for decades. Humanity was demolished. When the earth finally recovered, humanity re-emerged to face this strange but familiar world. Will we who once ruled this world remain the masters of it? 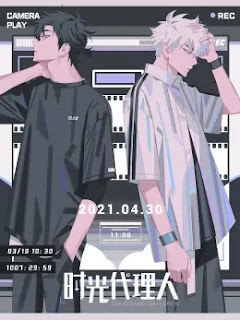 Release date : April 30
Cover of the donghua Shi guang dai li ren ( Time Agents )
Synopsis : In a corner of a busy city, there is a small shop called "Time Photo Studio" which is still open as usual. Although the shop is deserted, it is actually run by two men with special powers: Cheng Xiaoxiao and Lu Guang. To fulfil the client's request, Lu Guang and Cheng Guang team up to use their supernatural powers to access the photos, but things don't work out the way they want... 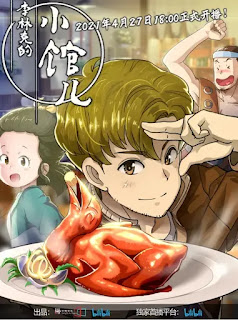 Release date : April 27th
Cover of the donghua Lilinke by xiao guan er
Synopsis: In a city of opportunities and pressures, where modernity and traditional culture echo each other, this small restaurant in a quiet hutong at the foot of the CBD is the place where many elements collide and ferment. It has no flashy signage or fancy décor, so it's easy to overlook as you walk past. But those who know it know that in this small, warm space you can shake off the weariness of the day and enjoy a comfortable time. And so many dusty stories flow quietly in everyone's heart.

We leave you the complete list of Chinese anime ( donghua ) that Bilibili leaves us for the Spring season (April-May).