The use of subtle clues to some of the main aspects of the film and the musical support to really stimulate feelings has been impeccable, to the point that I only understood what I had understood after watching it again . To be clear, the first run was a little chaotic in certain sections, and the story seems to have a weird pacing initially and have weird scenes, but that just made me more interested honestly.

Looking again, I noticed the nuances of rhythm and cuts, especially after I paid more attention to the music in the background. Dramatic pauses and non-verbal imagery are used extensively in this film. There could be a slightly more straightforward specification in certain sections, as the Dragon's "bruises" just looked like a decoration on the cover initially and he didn't take initiative what they were talking about once the "bruises" were mentioned, or the whole reveal of Origin. scene, exemplifying. It's not a dry straight-ahead kind of story, it's quite emotionally charged and if you're not good at reading the ending behind faces and/or musical scores, several scenes have a chance of not making much sense the first time around. see them That's why I gave the story an 8 as I don't think you need to watch something more than once to understand it 100% in my review so they could have tried a little harder to be a little clearer in certain fragments for the population that doesn't want to spend a day and a half doing mind gymnastics and analyzing the entire tape 3 more times to decipher everything. 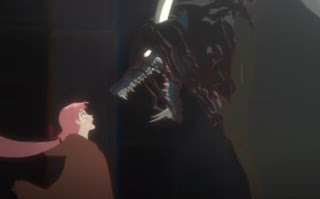 The themes of this film are quite serious and really important to the current social media climate. It shows us a range of emotions, from loss, sadness and anger, to anxiety, depression and abuse, and how charter schools deal with these types of emotions and situations. We also have all the good and bad that come from the popularity of the internet, the horrors and evils of online bullying, doxing and, interestingly, the complex nature of not just online surveillance but personal sovereignty when we speak. There's even a clear depiction of a place for boys (not sure if it was an app or maybe just a channel, however there was a pet and Suzu had a key chain with that pet on it, and I think that's why it still shows content from that site, as well as delving into the plot of the story) that continues to be overrun by adults, and addresses how mainstream social media silences or invalidates the voices of boys because they are boys.

Suzu and Kei are parallel to each other. The pain of losing a mother, the anger in the face of overwhelming situations that make them attack the individuals around them, try to do what they think is right, run away to you and find a way to deal with their feelings, and the two become famous.

The images turned out amazing. I'm not sure if it's esteemed CGI, or if it is, what kind of incredibly smooth and advanced CGI was used, but the difference between the virtual planet and the real planet was easily distinguishable without looking as clumsy and goofy as in certain other anime. that use CGI.

This movie won me over, in more ways than one, and I recommend you give it a go. At least the melody and visuals are great, and honestly, it's like Summer Wars and A Silent Voice having a baby, so if you liked one or both, you'll definitely like Belle.

(The above images are from the Internet, if there is any infringement, please contact to remove it).

( The purpose of publishing this article is to convey further information and does not mean that I agree with their views or confirm their description )
Tags:anime