A record of a mortals journey to immortality 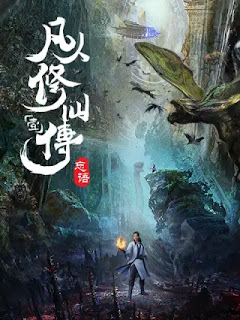 Synopsis: With his mediocre aptitude, he must successfully traverse the treacherous path of cultivation and avoid the attention of those who might harm him. This is the story of an ordinary mortal who, against all odds, confronts diabolical demons and ancient celestials to find his own path to immortality. 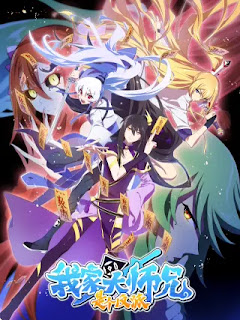 Synopsis: When he passes into the world of immortal cultivation, he discovers that he does not fit the description of the male protagonist, but mistakenly takes as "protagonist" his second younger brother, Yin Feixing, who has once been reborn for revenge. He plans to cling to the protagonist and live but he pushes him off a cliff, thus embarking on the path of a villainous demon cultivator. The naïve and simple demon cultivator Yi Xiangfeng, the Xuan Ming Sect's vivid Xuan Ming and the Heavenly Dao's messenger Bu Chengtian, who is also a traveller, make their appearance. The battle between righteous and devilish cultivators is about to begin, and the former great disciple of the Free and Easy Sect, now elder brother of the demonic cultivators of the Hundred Beauties Sect, Dongfang Qianyun is caught in a life and death crisis ... 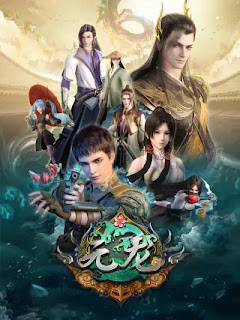 Synopsis: Wang Sheng, a sniper in the middle of a mission, is suddenly called by a mysterious woman who asks him to find her and assassinate her, after this he is transported to another world which is called the Yuan spirit continent, here he finds himself in a situation with a girl who points him out as her fiancé in order to avoid an arranged marriage with another family, In order to gather more information he sets out to follow her lead in order to learn more about the Yuan Spirit Continent and go in search of the Phoenix woman who asked him to look for her and whom he had seen in his dreams some time ago.

(The above images are from the Internet, if there is any infringement, please contact to remove it).
( The purpose of publishing this article is to convey further information and does not mean that I agree with their views or confirm their description )
Tags:donghua recomendados