⭕️ Is fog hill of the five elements on crunchyroll ❓ 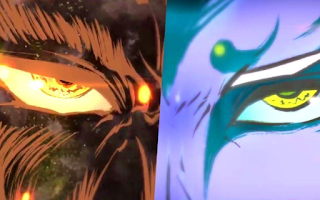 Currently this donghua called the fog hill of the five elements or also known as wu shan wu xing has no official English or Spanish translation or Japanese dubbing and has only 3 episodes which means it has little chance of being released on crunchyroll which is a platform to watch mainly Japanese animation known as anime. Although it is possible that within 1 or 2 years some company like Netflix, Funimation , Amazon or even crunchyroll acquire the license in the future.

Synopsis - the fog hill of the five elements : A legend tells that, long ago, monsters could give certain chosen ones the ability to master the five elements. But to do so, they have to cross the dangerous mountains of mist. Follow the adventures of one of these chosen ones.

➔🟢 How many episodes does the fog hill of the five elements have ?

(The above images are from the Internet, if there is any infringement, please contact to remove it).
( The purpose of publishing this article is to convey further information and does not mean that I agree with their views or confirm their description )
Publicar un comentario Tags:donghua