▷ ⭐ The BEST ANIME dubbed IN ENGLISH on Netflix [ Not ALL ]

The BEST ANIME dubbed IN ENGLISH on Netflix [ Not ALL ]

Ever since Japanese culture started getting wider, the popularity of anime soared high all around the world. People of every culture started indulging themselves in anime with extremely fun storylines and beautiful art. However, there lies a language barrier. The majority of fans love watching anime in Japanese and they’re not to be blamed because the English dubbing of most of the anime is just awful most of the time.But today, we’re going to be serving you the list of Best English Anime on Netflix that are dubbed properly. Some of them are Netflix Original Anime so read on and learn more about them! 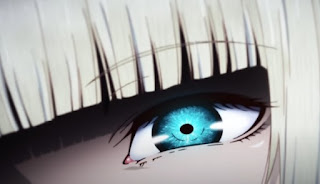 Of course netflix has anime dubbed in English and to watch it you only have to register and pay for it.

Kakegurui is one of the Netflix Original Anime series and is loved by fans all around the world. It tells us the story of Yumeko Jabami who is an extremely beautiful transfer student in Hyakkaou Private Academy. The academy has some of the richest students who are extremely spoiled. The students are taught normal subjects during the day, However, at night, the academy turns into a gambling den. Yumeko Jabai apparently seems to be very naive but is secretly obsessed with gambling. She loves to gamble for the thrill of it and there has been no one who could defeat her.

7- Classroom of the Elite

Classroom of the Elite is undoubtedly one of the Best English Anime on Netflix. The story opens in the near future where the Japanese Government has created a school by the name of “Tokyo Metropolitan Advanced Nurturing School” where they would raise a generation of people who will serve the country well in the future. The students are given freedom in that school. Kyotaka Ayanokoji is an antisocial student at the school and possesses exceptional intelligence. Despite him being extremely intelligent, he’s shifted to the D-Class where all inferior students reside. Kyotaka’s normal school life turns upside down when Suzune Horikita and Kikyo Kushida are also in the same class.

Monster Netflix Anime is pretty popular amongst the anime because of its high quality English dubbing as well as unique storyline. Monster tells us the story of Doctor Kenzo Tenma who is a genius and is loved by both his patients as well as his colleagues. He’s also soon to be married to his boss’s daughter. One day, Tenma comes across two patients who need emergency surgery. One of them is an orphan who came first. The other one is the mayor of Dusseldorf. Tenma ignores his superiors’ orders and saves the orphan child. After saving the child, Tenma’s life turns upside down. Now, Tenma must look for a young man who will, in turn, challenge Tenma’s sanity.

Seven Deadly Sins is one of the Best Netflix Anime in English and its popularity is just insane. It’s also one of the earliest Netflix Original Anime that gained a lot of attention. The anime tells us the story of the Kingdom of Lion es which is under trouble because some unholy demonic power corrupted its knights. Princess Elizabeth sets out on a journey to find The Seven Deadly Sins, which is a group of strange people. Only they can save the Kingdom of Liones. Can they really be the true saviours?

Black clover is the name that almost everybody is familiar with. Being one of the Best English Anime on Netflix , Black Clover can be one of the top shounen anime of all time. Black Clover opens in a world full of magic. People of the Clover Kingdom are born with magic. However, we have one oddball who is born without any magic, Asta. When Asta reaches the age of 15, his friend Yuno receives a grimoire which is a book that amplifies the magic. But Asta does not receive his grimoire. Only when Asta and Yuno are faced with some trouble is when Asta receives his grimoire. Now, Asta and Yuno both travel to the Clover Kingdom with only one goal in mind; to become the great Wizard King.

If someone asks me about a Good Anime Shows To Watch on Netflix in English, I would recommend Bleach to him/her personally. Bleach is one of the Big Three anime and is still loved by everyone all around the world. Ichigo Kurosaki is a fifteen year old boy with an exceptional power; he can see ghosts. One day, Ichigo and his family are attacked by a strange beast. That’s when he realizes that there is a lot more to the ghosts he often sees. The world is full of vengeful spirits that roam around freely. Soul Reapers are the one that fights day and night in order to eliminate the spirits. Ichigo gets turned into a Soul Reaper himself while saving his sister. He must fight the vengeful spirits in order to save his loved ones.

All true anime fans have heard the name of My Hero Academia at least once in their lives. My Hero Academia is extremely popular all around the world, especially in America. It is also one of the most watched Netflix Movies Anime in English. The story revolves around Izuku Midoriya who is born without any superpowers in a world where everybody has them. He wants to become a Pro Hero but he doesn’t have his “quirk”. One day, he comes across the no. 1 hero, All Might, himself who motivates him to become a Pro Hero. All Might transfers his quirk to Midoriya and now Midoriya must work hard in order to become a Pro Hero like All Might.

Hunter x Hunter is a massive name in the anime community and is different from all other Shounens. It tells us the story of Gon Freecs who aspires to become a Hunter. A person could only become a Hunter after passing a deadly exam. Gon Freecs is all excited to take part in the exam that will make him a Hunter. The reason why he wants to become a Hunter is to find his missing father. During his journey, Gon comes across a few other people who will help him in achieving his goal.