▷ 📺 what is chinese anime called - What is the meaning of donghua ? History of donghua | Chinese animation - Wikipedia China

what is chinese anime called - What is the meaning of donghua ? History of donghua

(动画) Donghua is Chinese animation ( 中国动画 ) and is animation that is made in China.

Anime is the collective name and abbreviation for animation and manga, used rather sparingly in other languages. With the development of modern media technology, animation (animation or anime) and manga (comic book, manga; especially story comics) are increasingly related to each other and both are often combined as "anime". Common expressions are " anime fans ", " anime exhibitions ", " anime industry ", etc. In mainland China, there are also magazines with the name "anime magazine", which spread this new term to the whole society, especially among teenagers. In many places, such as Japan and Greater China, Japanese anime is very popular and has become a cultural fad, so when "anime" is mentioned in Chinese, it mainly refers to Japanese anime or Japanese animation. Manga is the English translation of the Japanese word "manga". Manga itself also encompasses the meaning of the manga industry. In addition, the Chinese translation of the English word cartoon is also a combination of cartoon and animation but it is sometimes used to refer specifically to American animation, etc. Cartoons have two artistic characteristics: firstly, they have a linguistic function, even if they are silent, they can express a certain meaning; secondly, they have a harmonious nature, i.e. they are funny and humorous or satirical. 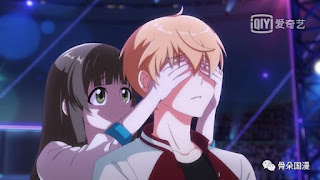 
Anime and manga are made to anthropomorphise and exaggerate something with or without life, giving it all the emotions and actions of a human or drawing aerial scenes to make them realistic. In Japanese manga there are also manga that draw fragments of scenes from life. It is also considered a form of artistic expression. Just as words are expressed in novels, and images are expressed in paintings, they are very similar. How does manga exist for us? Comic books are the most commercial publications because they are easy to read, have humour and have a wide audience.

As the name suggests, anime is a "comic book series" that can be scrolled. In fact, it was manga that laid the foundations for animation. Comics and animation as part of the fine arts, from an artistic point of view to show the culture and civilization of mankind, reflecting the spirit of humanity and today the world has formed a situation led by the United States and Japan, of which Japan is particularly prominent, Japanese animation has become the symbol of the Japanese nation. But the United States, as a symbol of world culture, brings together talented artists from all over the world, led by Disney, to create stylish galleries. What is child-oriented must be innocent; what is adult-oriented must be fabulous. Anime comics are also the art of the mind and should therefore have a timelessness that transcends thought .......

Many terms derived from the field of anime and manga have been widely used, such as moe (萌え in Japanese), 殺必死, 萝莉 ( LOLI ), etc.
The anime industry is increasingly integrated with the game industry and a mature industry chain has formed in Japan, where anime has expanded from print and television media alone to include game consoles, the Internet, toys and many other areas. Many anime games have been created, such as Shinigami for the PSP platform, and many GALGAMES have been adapted into anime works, such as Akane Color to Dye Marusaka , EF-a tale of memores , etc.


Most of today's Chinese donghua productions are aimed at children (and that's for a reason).
(and that is for a reason). Whereas in the United States and Japan, where the anime market is more developed, there are already many productions aimed at middle and upper age groups. Anime is available for any age group, in any field.