Viewers did not expect that after the end of the second season of Yuan Long this donghua could still make a third season, especially since the announcement was made quite quickly, giving the illusion that they had enough funds and that the last season had a good reputation. Some of those who haven't given up yet should still be waiting for season 3 , after all the "advice" they have been given , the production team should be aware of their own problems but after clicking and watching the synopsis , the production team has been completely carried away. 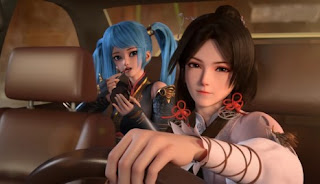 The first season of the Chinese anime received good reviews due to the great setting of the original but the good news didn't last, as the second season received a low score of 6.6 on one website.  It is also worth mentioning that the producer, Fu Koon, said that the mistakes made in season 2 would be corrected and that season 3 would be a real treat.

Season 3 is starting to get carried away, judging by the content of the PV. It is well known that technology in metaphysical worlds is usually not very developed and Wang Sheng crossing over to the Elemental Soul world is already way ahead of its time, except that the barbarity of the PV is no longer as simple as a few more guns and cannonballs, but a replica of an entire car. 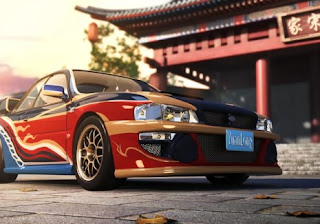 I don't know who taught Song Yan these driving skills, shifting gears, starting and skidding is very smooth, if this is what happened in the main series , then yes "times have changed". The plot is "hot", with machine gun fire and a beautiful woman to keep him company, Wang Sheng continues to cultivate his soul and develop new weapons directly to become a warlord.


Synopsis : When Wang Sheng wakes up in the modern world, the person he was once with is still vaguely close.