▷ Where to watch Tian Bao Fuyao Lu ( Legend of Exorcism ) ❓

Chinese anime Tian Bao Fuyao Lu is available on Netflix and Bilibili . On Netflix you can find the first season but it may have a different name depending on your country. As for bilibili you have the 2 seasons available on their website and their official youtube channel called Anime Made By Bilibili . 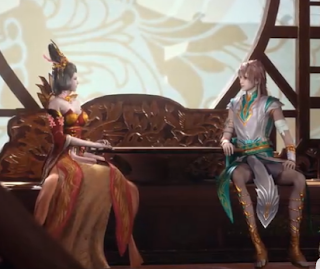 Sypnosis : In the twelfth year of Tian Bao, the resurrection of the Heavenly Demon is approaching. The Demon King Xie Jie intends to use the Heavenly Demon to dominate the demon race and overthrow the earth, making it a land of demons. The Division of Human Exorcism gathers young talents back to Chang'an to prepare for the return of the Heavenly Demon four years later. At the border, the exorcists reunite and follow up with the discovery of a riot of war dead ghouls. Behind all this seems to be a connection to the legendary White Deer, where exactly is it?