Recently Nice boat animation studio announced a list of Chinese anime and one of them was white cat legend . Da Li Si Rizhi season 2 is already in production and is likely to be released in 2022 . 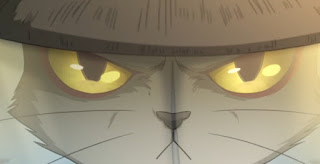 Sypnosis of the first season of white cat legend :

Set during the reign of Wu Mingkong in the Tang Dynasty, the story is set in the Da Lisi Temple, which was in charge of the country's most important cases, and tells the story of the members of the Da Lisi Temple, led by Li Cai, the White Cat's young secretary, who embark on various thrilling adventures to solve cases, defy fate and stand up for their inner justice.