The second season of Meng Qi Shi Shen ( Cinderella Chef ) has been confirmed.

Season 2 has been confirmed and its release date will be soon.  Meng Qi Shi Shen will show us new characters , the main character will be a big jealous and there will be a nice twist in the story . This donghua series might be coming in October as the next season of donghuas is coming soon.

The details of the series such as sypnosis, total number of episodes and its premiere date have not been confirmed. 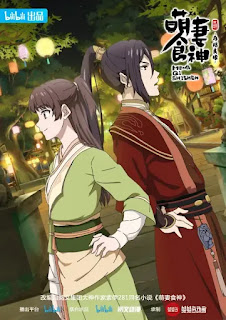 Adorable Food Goddess ( Cinderella Chef ) is an adaptation based on a Chinese novel by author Zi Yi 281 currently has manhua and drama adaptations.